History has it that the Eyo masquerade is not original to Lagos Island but was brought there sometimes around 1750 by two unnamed personalities from Ibefun and Ijebu communities in present day Ogun State. Owing to the fascinating appeal, they succeeded in introducing it as part of interment rites of passage for the departing Oba at that time, Oba Ado who is believed to have married one of their cousins, Olugbani. 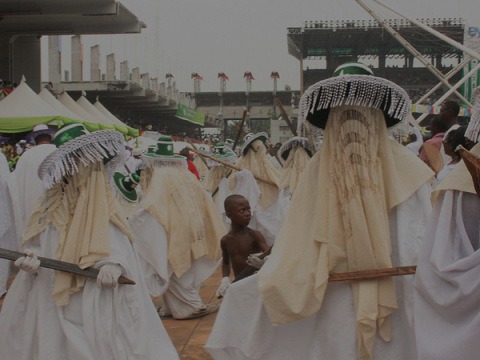 Another version has it that the main deity Adamu Orisha originated from Ibefun just as Eyo masquerade came as a result of the need to protect the deity from the activities of hooligans who might seek to destroy or steal it. 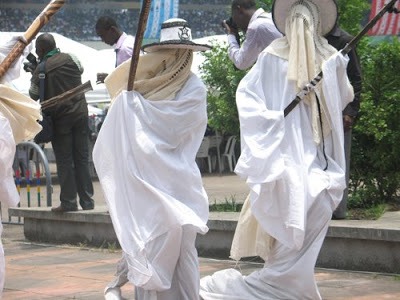 Those who hold this view say that the traditional iconic staff of the masquerade known as Opambata, was invented as part of the regalia for the purpose of warding off undesirable elements. 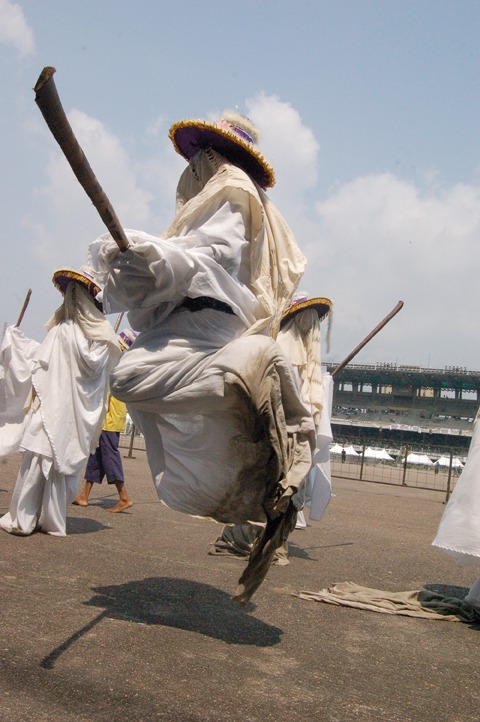 Another dimension was added to the supposed origin of the masquerade and festival as a prominent indigene, Chief Adekunle Alli, opined, “Orisa Ogunran and Orisa Elegbaopopo were originally brought to Lagos from Benin by Chief Olorogunagan Asagbemi, and Chief Olorogunigbesule during the reign of Oba Ado of Lagos, over 350 years ago.” 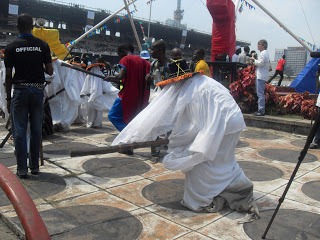 Since time immemorial, the festival as depicted by the image of a masquerade in flowing white apparel has grown from a rural festivity to an internationally acclaimed event, attracting both local and international tourists, even though the frequency of such festivities vary depending on who the Oba considers worthy of having such play staged in his/her honour. 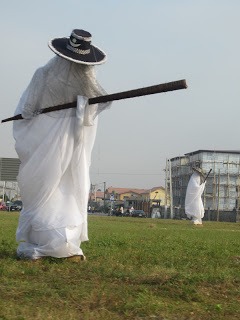 According to Alli who is an authority on local custom and history as they relate to people of Lagos Island, “The first Adamu Orisa play to be recorded was the one held by King Dosumu for his late father, King Akintoye, on February 20, 1854, six months after the death of the latter.” 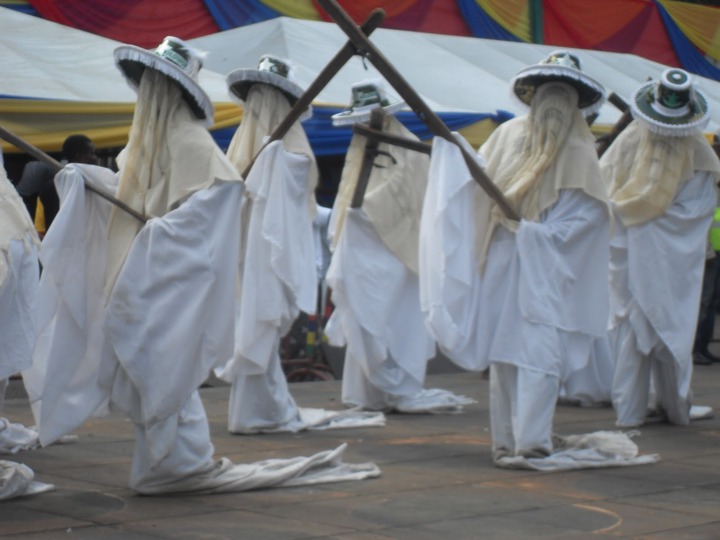 Initially, five groups, different others have emerged, while participation in the play was restricted to family members of various individual Eyo groups of both the nuclear and extended family members, and any person or group of persons who have no filial link to any of the families can also join them for the purpose of the festival.